I got an idea to make puzzle game based on synchronous movement of objects almost a year ago, but I wasn’t able to start coding till winter of 2013. I was able to work on the game only during my free time, so development wasn’t going as fast as it could.

In the beginning I thought that role of game elements would be played by simple wooden boxes, and role of decorations – warehouse or fantasy dungeon. It wasn’t so simple to pick setting for seemingly simple game. But it was simple to pick an engine – and unity3d was my choice. I brought first test version of the game with working title “CubeTex” to life in March, 2013. I still wasn’t able to find the artist for the game, so instead of boxes I had some crude boxy-ish stubs. Instead of walls there were some “concrete”, two-colored blocks, and box destoroying cells were abstract red blobs, wich I imagined as mines. However, this simplicity of visual component didn’t interfere with my work on the game mechanic. First version proved, that an idea of such puzzle has the right to life and, with the addition of nice graphics, can be intresting to play. So I desperately needed an artist, and, at the same time, adequate system of working with user interface and game sprites, because I could no longer tolerate not user friendly GUI of Unity3d. This is how first version of the game looked like: 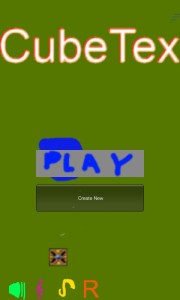 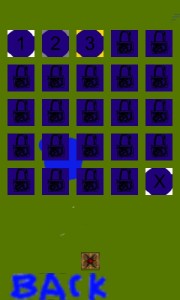